Creamy Potato Leek Soup. Melt butter in a large pot over medium heat. Stir chicken broth and cornstarch together in a bowl until cornstarch is dissolved; pour over the leek mixture. Add potatoes to the broth mixture and bring to a boil; season. 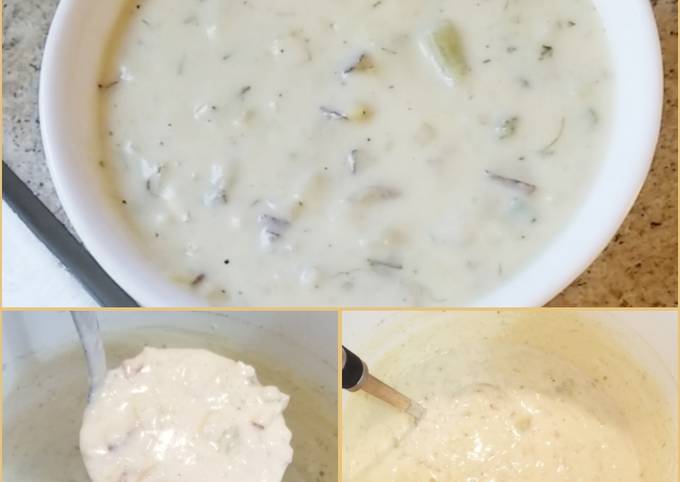 Meanwhile, place bacon in a large, deep skillet. Cook over medium high heat until evenly brown. Heat a large pot or Dutch oven over medium heat and add the olive oil, chopped leek, and celery. You can have Creamy Potato Leek Soup using 0 ingredients and 0 steps. Here is how you achieve that.

Add salt, pepper, thyme, and garlic. In a dutch oven, over medium-high heat, cook the bacon, then add the onion and leeks. Add the potatoes and broth, and bring to a boil. Add the potatoes, leeks and celery.

Add potatoes, salt, pepper, and cayenne. Add broth, stir and bring to a boil. Add the chopped leeks, stir to coat with the butter. Check to make sure the leeks are not browning. Melt the butter over medium heat in a large soup pot.